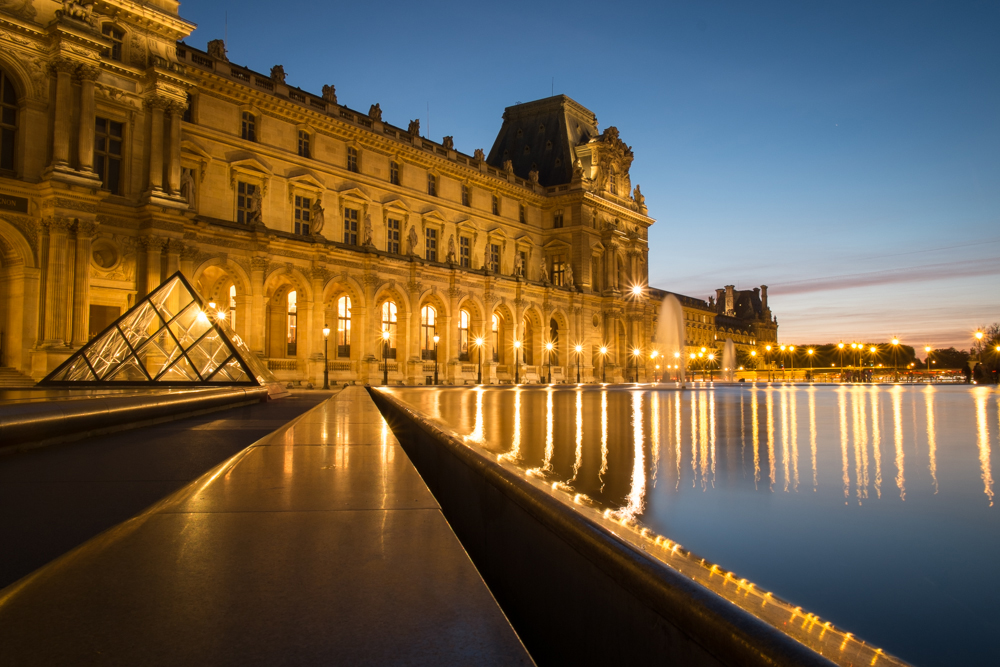 “I love the beauty and elegance in Paris: the architecture, the open spaces and the people. But it’s the small details that I like as much as the famous monuments and chateaux.”

Alastair documents Paris with a Fujifilm X-E1, which he started using last year.

“I chose the X-E1 after hours of research into mirrorless cameras. I was using a DSLR and a bridge camera previously but I haven’t touched either since getting the Fujifilm. It’s been a pleasure to use.”

This is the ground floor of a nine-storey apartment block in the 13th Arrondissement. It’s due to be demolished, but before that happens 102 street artists were given full access to do as they wished with both the interior and exterior. This was one of my first shots of the exterior of the building. I liked the combination of the three elements to the picture and the X-E1 does a great job of capturing vibrant colours. I queued for over five hours to get this shot, but it was worth it. To be surrounded by artistic creations on floors, walls and ceilings was stunning.

I don’t often have my camera out on the Métro as thefts are not unknown. The stations make fascinating subjects for photography though. I wanted to experiment with capturing the moving train as it pulled into the station, and I like the effect of being able to see through the train windows to the opposite platform. I can’t remember whether I intended to include the woman looking along the length of the train. I’ll claim it as good composition, but it may have been luck. The exposure is 1/4sec and it’s hand-held so I don’t know what kind of magical trickery Fujifilm have managed to incorporate into their image stabilisation. But it works!

This seven-metre, metal Tyrannosaurus Rex sculpture overlooks the Seine on the platform of the Bateaux-Mouches boating company. I’d walked past it plenty of times before but on this occasion the sky was more dramatic and the sun was offering the chance of backlighting the dinosaur. Initially I had the sculpture in silhouette but the Fujifilm RAW files give so much flexibility for changing the exposure and I prefer being able to see the amazing details in the chrome finish.

Sometimes you just notice a scene and know immediately that it will make a good image. The X-E1 is great for this as you can shoot really quickly. This is in Montmartre, and I noticed the woman taking a few photos. As well as her striking red coat, I like her stance as she leans against the wall. Hopefully my photograph makes you want to know what she’s pointing her camera at, but I’ll leave that to your imagination.

I really enjoy watching other residents and visitors enjoying Paris. This is the view over the city from Sacré Cœur. I took a few shots of this couple but this is my favourite, and the only one that’s pigeon-free. I like the idea of sharing the view with them. Initially I converted it to black & white since none of the colours are particularly important to the shot. Then I tried just removing some of the colour saturation so that the colours are more subtle without being distracting, and this was the end result.

The Louvre at dusk

It was a clear afternoon so I decided to head to the Louvre for dusk. With the X-E1 on a small tripod, I set the ISO to 200, switched off the stabilisation on the lens and choose the aperture. The X-E1 does a great job of exposing accurately so I’m usually happy to leave the shutter speed on automatic. All my photos are shot in RAW (although the X-E1 JPEGs are also excellent), with conversion and post-processing in Lightroom 5. My processing is usually minimal; this shot was cropped slightly to better fill the frame, with some minor exposure adjustments and a light vignette applied.